Brian Belton was born in the mid-1950s just a five minute walk from what was then West Ham United’s Upton Park home.  Every other Saturday, as a baby in his cradle, he was able to hear the Irons fans giving vent to the ‘Bubbles’ anthem; as such it was his childhood lullaby.

Brian’s father, during and just after the war years played for West Ham boys and his grand-parents and great- grand-parents supported the Irons.

Brought up and going to school in the docklands district that is the stomping ground of the ‘claret and blue’ fan army of East London’s football team, Brian is genetically, body and soul, an authentic Hammer; the club has been the midwife of his character and spirit.

After (and as an antidote to) dancing on the cusp of childhood delinquency, Brian first practiced youth work in Canning Town, starting out at the legendary Mayflower Centre and then the historic Fairbairn House before becoming professionally qualified.

It was whilst on a training placement in Toronto, Canada that he was first introduced to the thinking of seminal Civil Rights activists like Septima Clark and the Breakfast Schools pioneered by Black Panthers like Erica Huggins.  This was the start of a life-time of activism and the inspiration for his studies the led to him achieving a Bachelor of Science, then Masters Degrees and ultimately his doctorate.

While working in youth work related situations around the world, including the Falkland Islands, Sri Lanka, Malaysia, Hong Kong, Zambia, South Africa, and China Brian’s interest in identity and ethnicity flourished and today he is an internationally recognised authority on identity, ethnicity and youth work, having written widely on that subject, delivering papers most recently in the USA, Malta, Greece, Sweden and Slovenia as well as all over the UK.

Before retiring in mid-2019 Brian was Executive Director of International Education, Training and Research at at the YMCA George Williams College (under the auspicious of Canterbury Christ Church and Coventry Universities) in Canning Town, teaching under and post graduate youth work students, as they study for professional qualifications. He is now External Examiner at both the Universities of Malta and Cardiff and also supervises doctorial students. He continues to be involved in developing youth work practice all over Britain and globally.

Brian has written prolifically, publishing close to a hundred papers, chapters and (mostly) books on youth work, ethnicity, identity, history, and biographies of sports people, many hailing from the East End of London, the place he continues to call home. However, his passion for the history of has led him producing close to 20 books associated with West Ham United, encompassing almost the entire history of the romantic, capricious, and sometimes unfathomable Irons. Not bad for a lad from the educational dust-bin of Plaistow’s Burke Secondary Modern school, a place blessed however with patient, committed and madly talented teachers who seemed intent of making useful people out of largely feral children.  As Brian says, ‘Despite all our efforts, they mostly succeeded’ although Brian is still likely in Dhaka or Pretoria to whack out a chorus of ‘Bubbles’ at an academic conference, or to the shock, horror and sometimes amusement of a lecture audience, as he provides them with an example of an expression of identity, of course finishing with the flourish of hollering, arms wide in the air; ‘CUM ON UUUU I-ONNNS!’ 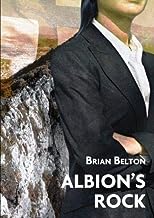 Other Books and Research by Brian Belton:

Gypsy and Traveller Ethnicity : The social generation of an Ethnicity (2005) Routledge

The Battle of Montevideo (2008) The History Press

The Thames Ironworks: A History of East London Industrial and Sporting Heritage (2015)Stroud: The History Press

Roma youth participation: A Guide for Practice and Approach (2016) London:BHD

Golden Len Goulden: The Life and Times of a West Ham Legend (2017)